Dr. Michael “Brad” Cannell (PhD in Epidemiology, 2013) who is currently an Assistant Professor in the Department of Biostatistics and Epidemiology at the University of North Texas has been accepted into the 2014 Butler-Williams Scholars Program. The Butler-Williams Scholars Program, which will be held on the NIH campus in Bethesda, MD in early August, is sponsored by the National Institute on Aging with support from the National Hartford Centers of Gerontological Nursing Excellence. Dr. Cannell was one of only 50 participants to be selected for the program and he will have the opportunity to attend lectures about research on aging and to participate in discussion sessions focusing on methodological approaches and interventions, as well as advice on preparing and submitting research grant applications to the National Institute of Aging (NIA).

The Butler-Williams Scholars Program was started in 1986 as the Summer Institute on Aging Research and has recently been re-named after the first two NIA directors, Dr. Robert Butler and Dr. T. Franklin Williams, who were passionate about the future of aging research. The program has had great success in teaching and mentoring scientists engaged in research on aging and has helped lead the participants to more successful careers. We are very excited and proud that Dr. Cannell was awarded this honor. 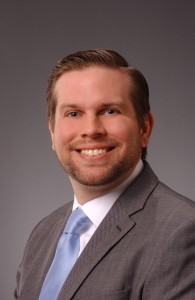