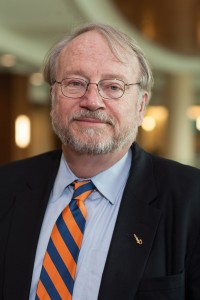 Heart disease and stroke have been the No. 1 killers of men and women in the United States for 100 years, particularly among those with lower socioeconomic status. But new study findings from a University of Florida Health expert and colleagues in Maine show how one rural, low-income community in Maine has been able to fight the statistics.

Over a 40-year period, Maine’s Franklin County, a rural area near the New Hampshire border, has reduced death rates and risk factors related to heart disease and stroke through a variety of continuous communitywide efforts dating back to 1970. Findings about the outcomes of these efforts were published today in the Journal of the American Medical Association.

Efforts to address the problem of heart disease and stroke began in the community in the 1960s when a community group, a nonprofit medical group and local hospital began working together. Using small grants, the community members, health care workers and volunteers worked to improve access to health care and prevention efforts, targeting areas such as smoking cessation, hypertension, physical activity, diet and cholesterol. In 1974, the communitywide Franklin Cardiovascular Health Program was established.

The researchers found that, when compared to Maine as a whole, Franklin County has had higher smoking cessation rates and higher rates of cholesterol control as well as lower hospitalization rates and death rates related to heart disease and stroke during the decades since the program began. In the 1960s prior to the inception of the program, Franklin County’s mortality rate related to heart disease and stroke was above the state average. But after the program began, the mortality rate declined and remained below the state average for almost the entirety of the time between 1970 and 2010 — the years the researchers specifically discussed in the JAMA article. According to the findings, Franklin County was the only county in Maine to consistently have lower-than-expected mortality rates related to heart disease and stroke.

“Wonderful changes can start with one person, or in this case, one small group,” said Pearson, executive vice president of research and education at UF Health and a leading authority on heart disease prevention. Pearson has been working with the team in Maine as a consultant for 20 years.

During the past four decades, Franklin County has tackled the problem of heart disease and stroke in numerous ways, from improving health access and quality to establishing community campaigns about hypertension and heart-healthy menus. But the researchers say it is not any one of these programs that has made a difference but rather the effects they have had as a whole and the effects of the community’s commitment to tackling heart disease and stroke.

“I proposed this communitywide program should be a model,” Pearson said. “This is something everyone could do. Many of these programs and interventions are well-described. If heart disease and stroke has its roots in our society, this community-based approach may be the best way to combat it. There are a variety of ways to do this. Community organizations could take it on.”

Interestingly, during the years the researchers examined, the socioeconomic status of the county actually declined. Typically, research suggests that the cardiovascular health of the community should have worsened as well— lower incomes are strongly linked to poor cardiovascular health, Pearson said. But in Franklin County, the opposite was true.

“The experience in Franklin County suggests that community health improvement programs may be both feasible and effective,” the authors wrote in JAMA. “This may be especially true in socioeconomically disadvantaged communities where the needs are the greatest, as the increasing association of lower household income with higher mortality in Maine suggests.”

In an editorial published in the same issue of JAMA, Darwin Labarthe, M.D., M.P.H., Ph.D., and Jeremiah Stamler, M.D., both of the Northwestern University Feinberg School of Medicine, write that the Franklin County experiment should be a model for the nation.

“At a time when population health is increasingly important, the Franklin County program demonstrates that with an integrated, concerted effort based on good evidence, the cardiovascular health of a community can be improved,” Labarthe and Stamler write. “The experience deserves consideration as a model for other communities to emulate, adapt and implement.”